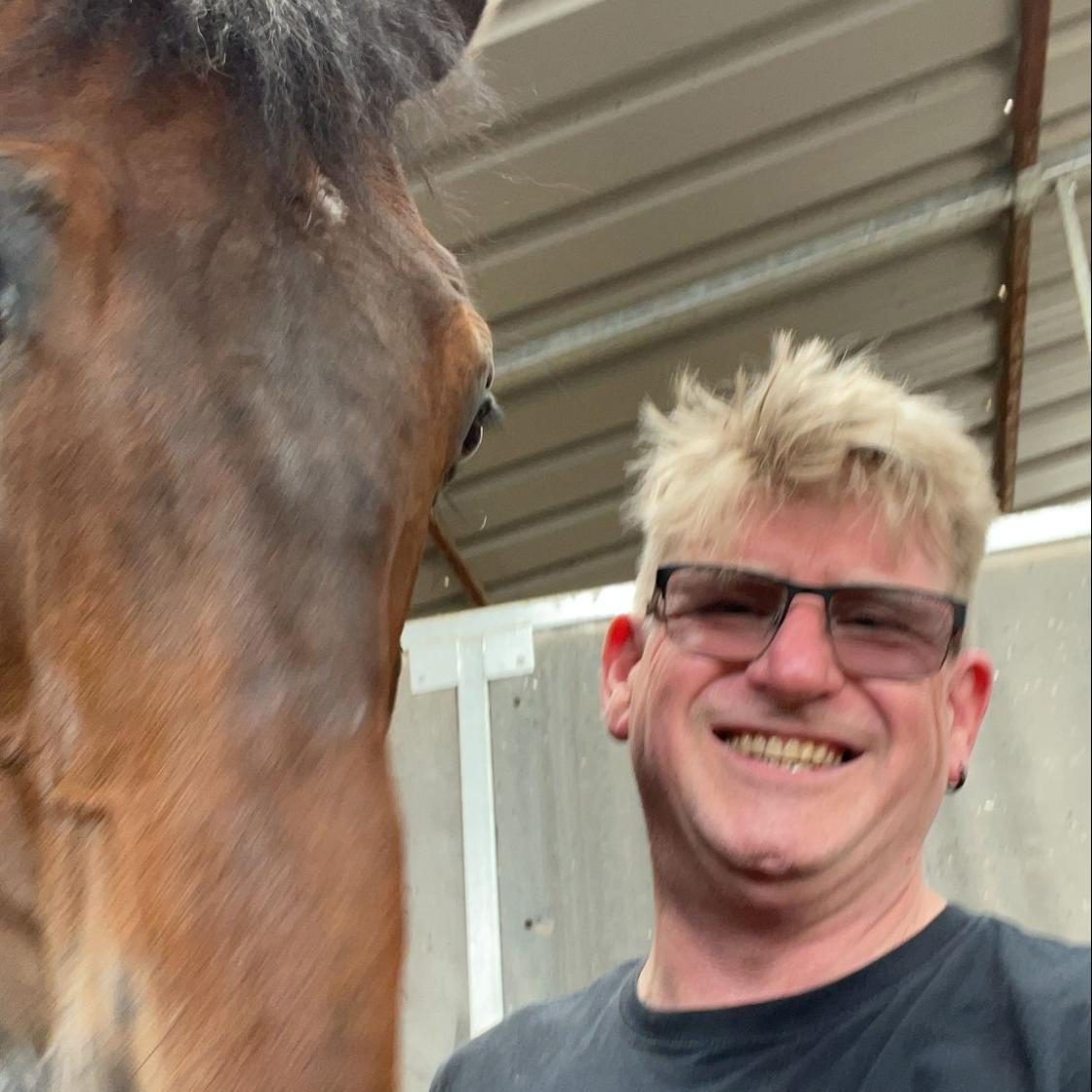 An industry veteran of over three decades, Mike has held senior positions at Sega, Microsoft, THQ, and Epic - alongside entrepreneurial stints with the likes of MathEngine, Instinct Technology, and others. Mike’s passion has always been focused on supporting independent developers and newcomers to the dev scene looking to make their mark - helping people to develop the games they want to.

This very passion led to the idea for Media Foundry: with Mike’s experience as Head of Engine Licensing in the EMEA region at Epic, he saw many indie developers forced into suboptimal deals thanks to a lack of experience, or a dearth of specific skills and resources - or even their games disappear altogether through no fault of their own.

Media Foundry redresses that balance. Through the platform, indie game developers of all skill levels can receive the support they need to make their game, to get it out there, and to put it in front of as many people as possible. The way it should be. 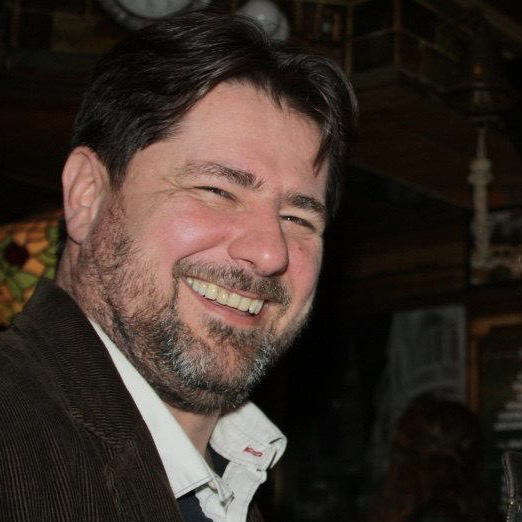 With over 20 years experience in frontline video game development and publishing, Michael has seen stints at the likes of 2000AD, Marvel, Sega, Square-Enix, Epic, and various other companies.

His extensive work in business development and sales has seen multiple projects built over the years using both original and licensed intellectual property. Comic books, TV, film - it’s all been ticked off at one point or another, with titles like Judge Dredd: Judgment on Gotham, Aliens, Akira, Tomb Raider 2, Deus Ex, 300, Star Trek, Life Is Strange mobile, and many more filling Michael’s resume.

In recent years he was positioned as Senior Licensing Manager for the EMEA region at Epic, helping indie developers both with Unreal Engine 4 and 5 custom licenses alongside general BizDev services. At Media Foundry, meanwhile, Michael casually plots world domination - popping in and out of meetings like everyone’s favourite impish demigod from Star Trek, Q. (Editor’s note: I’m not sure if he actually thinks he’s a demigod or not, we need to check on that)

Favourite games to play: The Elder Scrolls V: Skyrim, Red Dead Redemption 2, The Last of Us, Assassin's Creed… the Viking one, and many more 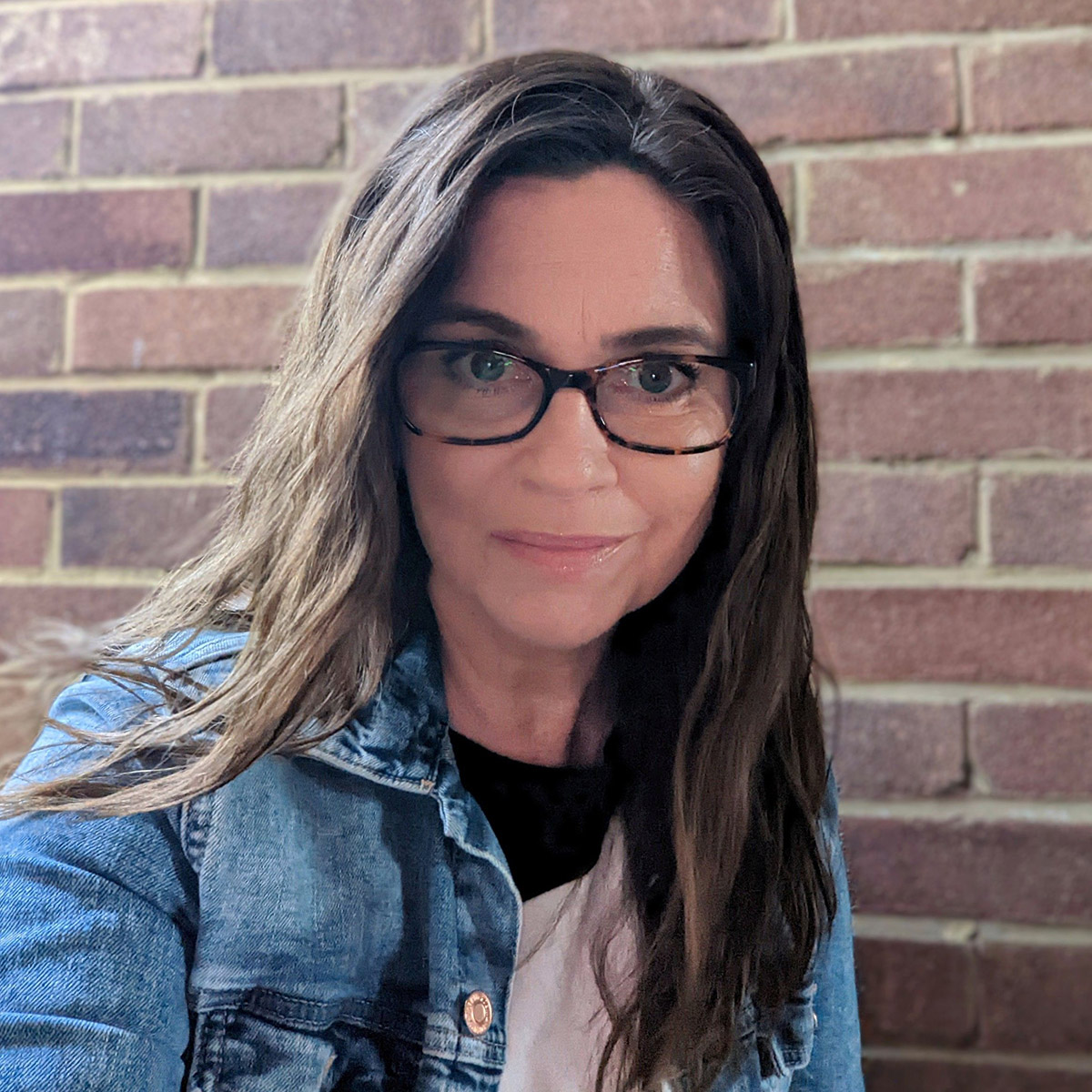 Erla brings over two decades of experience in technology roles and innovation to Media Foundry. She is a strong believer in human potential, breaking down barriers, and pursuing continuous learning (which apparently isn't the same as falling down a Wikipedia Hole for four hours).

Beginning her career in FinTech in Iceland in 1999, Erla’s passion for new technology and learning led her to the games industry by 2008. From there, she went on a journey to establish Iceland's first games industry organisation where she served as chair. Erla also participated in an export-support scheme for the Nordic gaming industry, led key business development and account management initiatives for the EMEA region with Crytek's CryEngine, and worked with Polystream to build its streaming platform.

With a passion to work with and empower indie developers, Erla sees Media Foundry as a natural fit. She has always wanted to help indies scale and be successful from day one in the industry - she sees it as all about making the right choices, taking calculated risks, and connecting with fantastic talent and ideas. Through Media Foundry (and Talenthouse), she finally has the infrastructure, support, and access to do just that. 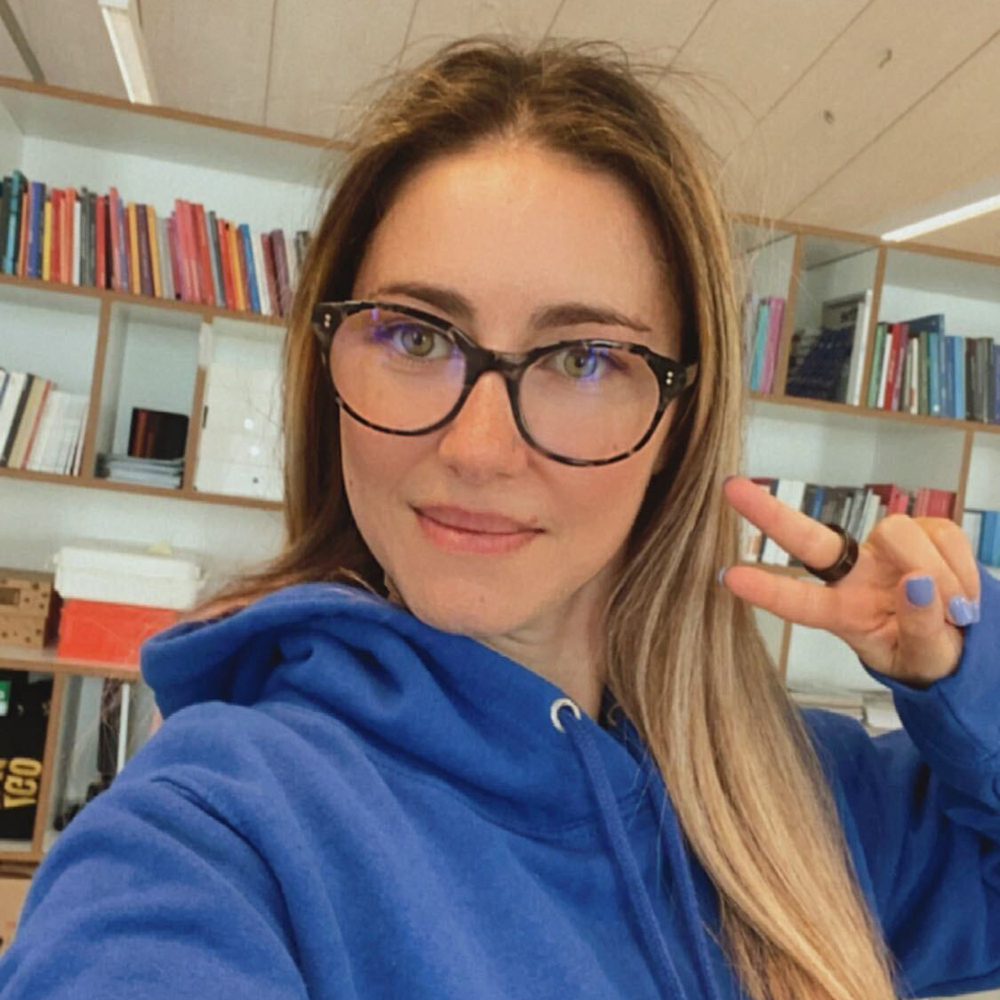 Roberta’s six-plus years of experience stretch across digital communication and production management, in both Italy and the international market. And yes, she is Italian. She asked for this to be made clear. Roberta's work has seen her connecting and managing clients and creatives in the content production field; combining the marketing needs of clients with the imagination and skill of creators to provide valuable, unique digital content.

A keen fan of people – understanding them, finding the best way to meet their needs – Roberta loves to communicate. Her prior experiences also encapsulate community management and communications, as developed in her time at Zooppa. Topping it all off is Roberta’s academic achievements, in which she studied international diplomatic sciences at university, and went on to receive a Masters in lobbying and international relations.

With strong organisational and creative skills under her belt alongside a dedicated, problem-solving attitude, Roberta has worked with clients such as Danone, Nestlé, Unicredit, Barilla, and Bending Spoons. Outside of work she is a keen video games player, which led her to taking the opportunity to enter the games industry with Media Foundry. 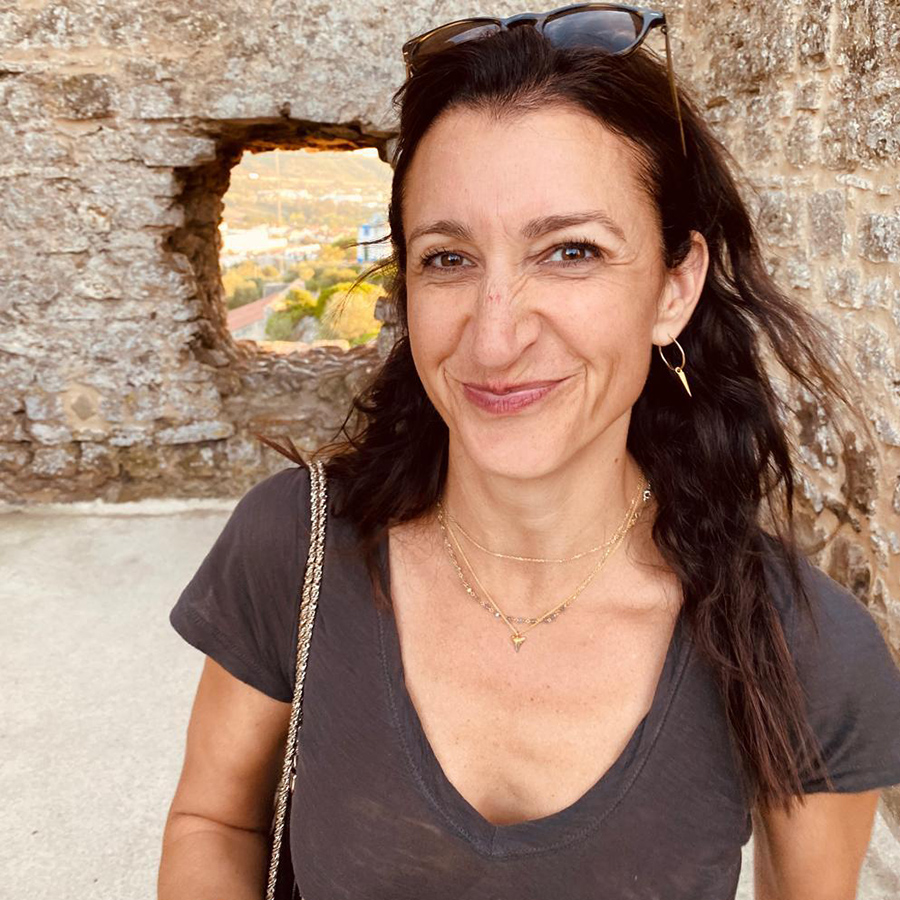 Shera brings over 20 years of marketing experience in the tech industry to Media Foundry. With an extensive background in developing and executing marketing, brand, and go-to-market strategies, she has also supported sales organisations at companies like Epic, Autodesk, and Accenture.

Holding a Masters of Fine and Decorative Art from Sotheby’s Institute of Art, Shera leverages her academic background with a specific interest in organisations where art and technology intersect. She's also pretty handy in the 'are games art?' debate.

Shera partnered with Mike back at Epic on programs to drive discoverability for game developers - meaning to get them in front of publishers where they have a chance to get their game off the starting blocks. As such, Media Foundry is a natural fit for her. The platform's upcoming launch of a film and television section is an exciting one for Shera, too, as it's another area she has previously worked in. 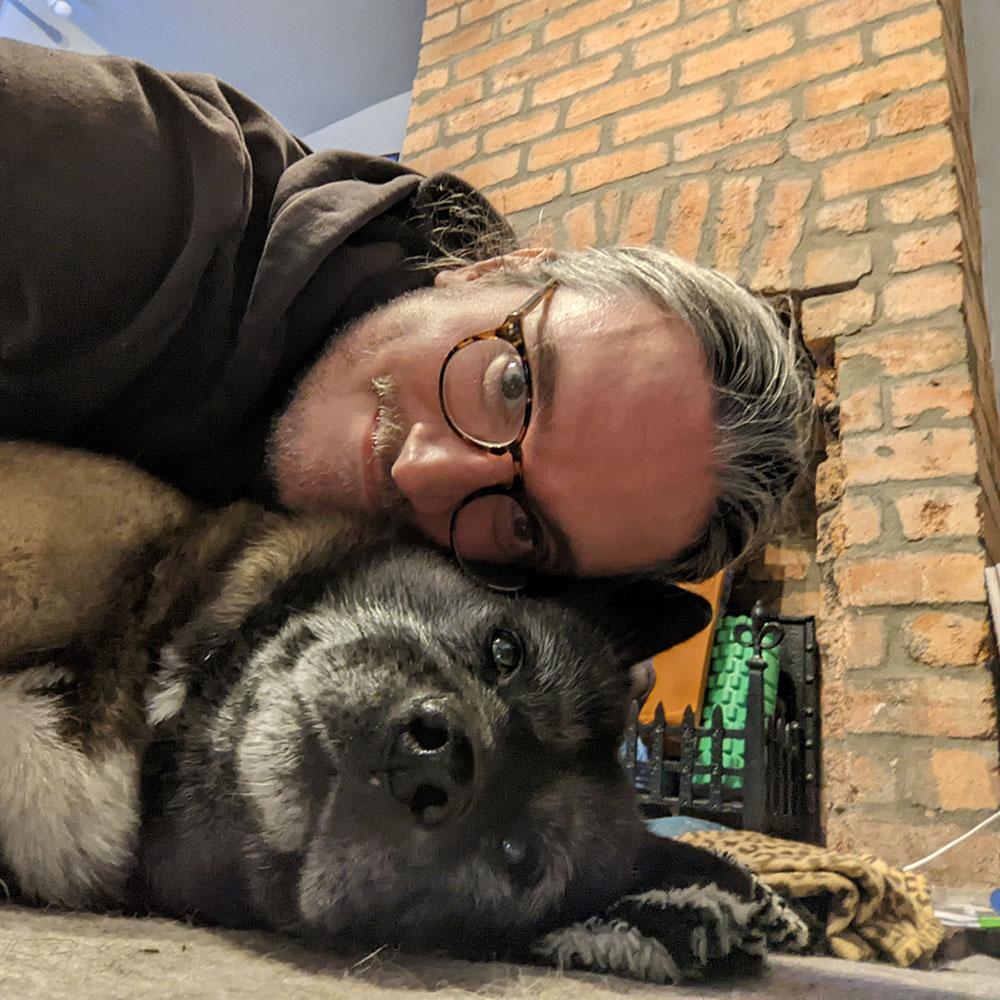 Ian is an experienced writer, editor, researcher, video maker, voice over-er, PR, and three thousand other things he’s done over the years. His career has been in the gaming industry for north of 12 years now (and longer if you count the bits he wasn’t paid for), taking on roles at various gaming magazines that have closed down, various websites that have closed down, and various other gaming magazines and websites that - oddly - haven’t closed down.

Most recently he saw a stint with Wireframe, the Raspberry Pi-published magazine focusing on indie games and the making of said games, where he worked as features editor (not closed down). He has also worked with or for The Guardian, Edge, Play, GamesTM, Red Bull, Square-Enix, Kotaku, Variety, Eurogamer, RockPaperShotgun, BT.com, Techland, Vice, Digital Spy, MCV, Rebellion Developments, GI.biz, Deep Silver, the Press Association, and lots more.

Ian is keen to see the dream of Media Foundry become a reality, bringing more games to the world from developers who might otherwise not have the chance. The more equitable the playing field is, the better - and the more likely we are to see the sorts of video games we (“I”) would never even have thought of. And for the record: the dog hated this photo being taken.