Last year I wrote a piece celebrating level ten of Dead Space 2, the horror sequel that impertinently returns you to the macabre scene of the first game, the USG Ishimura. The game’s art lead, Ian Milham, was at pains to point out the role that not just his team but Visceral’s audio department had on this level. During our interview, he joyfully recounted a metaphor he’d no doubt told many times before. “The audio team is kinda like the drummer in the band. No one really credits the drummer, but if it’s off, the whole thing sucks. And they never really get a chance in the spotlight. But ironically, any time a band does let the drummer have a solo, the crowd goes wild. So we referred to the first part of the return to the Ishimura as the audio team’s drum solo.”

Milham’s musical metaphor got me thinking about this underrated and often underappreciated aspect of video games. I was determined to find out more, and now I knew just who to ask.

The audio director on Dead Space 2 was industry veteran Andrew Boyd. Having started his career in the early nineties, Boyd’s path was slightly different from many people’s experience today. “A friend of a friend was working at a game company, and they needed a sound guy to come in and record VO for a children’s game,” he says.

“I knew how to use a mic, so this friend of a friend got me in, as an intern essentially, at eight dollars an hour.” The game was Eagle Eye Mysteries, a PC title originally shipped as a vocally-silent floppy disk game. “They were going to do a CD-ROM version of it,” continues Boyd, “complete with like 10,000 lines of dialogue. It was incredibly ambitious – in those days, getting stuff onto the CD-ROM was tough.”

Almost by accident, Boyd had not only found himself in a new industry but one that was changing rapidly in the face of a new storage medium. Cartridge-based systems such as the Sega Mega Drive (or, as Boyd insists on calling it, the Genesis) and the Super Nintendo were still selling vast amounts of games. For Boyd, and his colleagues at Stormfront Studios, the shift to CD was encapsulated with the game Andretti Racing, as he explains. “That game came out on the Sega Genesis first, and with that, you’d load up a track, or whatever, and it would load up a set of car sounds, announcer voices and so on, into the RAM.”

When it came to the Sony PlayStation version, a whole new world was opened up to the Stormfront audio team. “Then, on CD, we were able to stream all that stuff in on the CD,” grins Boyd. “We had a lot more different sets of them, and we literally played red book audio off the CD while you were playing.” It was a huge change, as anyone who experienced games such as Andretti Racing and the sci-fi classic Wipeout will attest. “It was novel, but also limiting and non-adaptive – but at the same time, it was really cool.” Andretti Racing was a decent hit and eventually morphed into the successful Nascar series.

By this period, the mid-Nineties, Boyd had begun to be credited as a sound designer. Less than five years earlier, the title didn’t even exist. “My titles were all over the place for years,” he explains, “Things like sound designer, audio director, that didn’t come for some time.” Forward-thinking companies such as Lucasarts, influenced by its cinematic parent Lucasfilm, led the way in creating such roles. “They had supervising video audio engineer, and terms like that," he continues, "Back then, a lot of the industry didn’t have that; but as we went through the years, some commonality developed among companies about what the career path can look like. We use sound design as a generic term for people who, essentially, make sound.”

That skill, the ability to make a practical and compatible sound, either organically or through digital artifice, is what drives the video game audio industry. A typical example is Boyd’s first significant departure away from sports titles at Stormfront, movie licence The Lord Of The Rings: The Two Towers.

“One of the things we worked really hard on that game was Aragorn’s sword,” he says, “You see, swords don’t actually make any sound when you swing them! It’s not realistic for it to make this swishing sound, but it makes the sword feel a lot heavier and more powerful when you press X or whatever.” The solution is to take everyday items such as cardboard tubes or wire coat hangers and twirl them quickly until the desired effect is achieved. Unlike in the movies, a video game effect can be used hundreds of times; keeping the player entertained by making the effect sound subtly different on each occasion is another crucial skill.

[I’ve never tried swinging a sword in real life. But apparently, it doesn’t make the loud swishing noise like Aragorn’s in Lord Of The Rings: The Two Towers]

The trick with all fantasy and sci-fi games is to imbue the sound effects with believability. “That was always my goal,” says Boyd. “All the way through Dead Space, it’s not realistic. I mean, what the hell does a necromorph sound like?” He’s right; for all we know, they could bark like a dog or have a cute little purr. But a blood-curdling roar accompanied with agonised gurgling is far more believable. “For Dead Space 2, we went to the cafeteria after breakfast and got them to give us a big pile of oatmeal,” Boyd explains, “We were punching into this oatmeal, pulling stuff out and getting this great gloopy sound. Of course, raw synthesising has a role to play, but having that foundation in the real world can be very valuable in grounding the listener.”

While Boyd worked on music during the Nineties, today, that position and sound design have diverged, with jack-of-all-trades like him giving way to specialists. “I still think it’s valuable to have experience beyond the immediate,” he says, “But the real high-end stuff today is generally done by pretty specialised folks.” For Boyd, the management path was one he preferred, keeping his hand on all aspects of the sound design of games such as Dead Space 2 while his team engineered the game’s renowned audio.

That doesn’t mean he was home at 5pm every night - the audio department is as vulnerable to the dreaded crunch as any other part of game development. “For 70 days straight, I worked seven days a week, often for 15 hours a day,” he says, “It was ridiculous. And by the way, spending 15 hours a day in the world of Dead Space really screws with your brain! That’s a dark place to be!” While Boyd says he was relatively happy to do this just to get Dead Space 2 over the line, he admits he couldn’t do it today, over ten years later. After working on the Battlefield series, the prospect of three solid years on the eventually-abandoned Star Wars game, Project Ragtag, compelled him to seek work elsewhere.

[Standing by with the wet oatmeal]

Having worked at Meta for the last five years, today, Boyd is semi-retired. But the experience and expertise are still there, so I wrap up by asking him what advice he gives for anyone wishing to forge a career in sound design. “I’m not 100% sure there’s one right answer,” he says, “But I do think indie games are a great place to cut your teeth.” With many indies employing a multi-role ‘sound guy’, similar to Boyd’s title in the early Nineties, that would certainly seem an excellent way to gather a range of skills. “But there are also a lot of orthogonal things you can do – for example, film work does translate to some degree.”

As with many careers, the issue can be experience – you need it to get work but can’t get it without work. “So, Unreal Engine is free, just go download it, and you can start making stuff,” says Boyd, “Use the free animations and models and start putting sound in there and seeing how interactive sound really works.” As with many gamers, I am often unappreciative of the work that goes into audio design – like the drummer in the band, you don’t notice it when it’s good. “Getting that demo level together, with footsteps that sound like they never repeat and an explosion with extra punch because you know about interactive mixing techniques – that kind of stuff can be a real leg up for folks.”

Whether you are interested in video game sound design as a career or are just a curious gamer like me, it’s clear there’s much more to this branch of games development. And with Electronic Arts busy on a Dead Space remake, it’s fairly odds-on that someone, somewhere, is having a fantastic time punching breakfast leftovers. 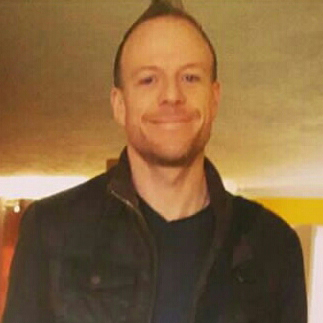 Graeme Mason, aka Wizwords, is a freelance games journalist with over ten years of experience. You can discover more of his work at www.wizwords.net or in the pages of Retro Gamer magazine. He’s also on Twitter (@wizwords) and his dad still doesn’t believe he writes about videogames for a living.